We'd love to
hear from you.

A well-designed logo can give a brand an iconic looks and will help you establish your business as a trustworthy brand in a competitive industry.

So, what aspects contribute to a good logo design? It is not just about making a good first impression. It should be unforgettable. Logos that are effective are easily recognisable, symbolise a brand image, and make it memorable. They give a good impression while still being everlasting and aesthetic.

The most popular brand logos we see today are the product of amazing ideas, great ambitions, and great thinkers behind the brand. Understanding how the leading brands doing things better will help you build your unique identity and communicate with your targeted consumers.

Now, let's take a look at some of the most well-known logos in the world, why they've been so popular, and what we can learn from their iconic logo designs.

Given that it is one of the most recognisable brands in the world, Google logo is rather plain. It is so well-known that the word "search" has become synonymous with it.

Larry Page used the free graphics software GIMP to produce a computerised version of the Google letters in 1998. The typeface was modified, and an exclamation mark was added to resemble the Yahoo! logo. Ruth Kedar, the graphic designer behind the now-famous logo, explains "There were a lot of different color iterations".

Google logo is supposed to convey that they don't follow the rules and know how to have fun. Instead of an astounding font or icon, they wanted to express their message through colour.

Brian Acton and Jan Koum, the founders of WhatsApp designed the WhatsApp logo during the early stages of the app's development. The design of the logo and the development part, on the other hand, may be outsourced to a third-party designer.

The WhatsApp logo contains a few interesting design elements that clearly express the app's purpose within a fairly straightforward design. WhatsApp acts as a channel for both instant messaging and audio/video calls, and the logo is needed to convey those functions effectively.

It has been probably the most often used emblem to display the text messages you receive in a variety of apps and networks.

Facebook has certainly been an everyday thing. They have grown from being merely a platform for interacting with friends to keeping track of each other's lives. Facebook is gradually creeping into our personal lives.

Following a significant transformation from a university networking site to a global success, Mark Zuckerberg and Sean Parker hired Mike Buzzard of Cuban Council to design a logo for the company.

Since its development, the Facebook logo has remained largely unchanged. The company has always been written in white lowercase letters on a blue rectangle.

Unexpectedly, the logo's blue colour scheme was preferred due to a vision disorder that Mark Zuckerberg suffers from called deuteranopia. The lowercase font of the Facebook logo is most likely intended to reflect the company's friendly and laid-back culture.

Twitter are one of the most used social networks thesedays. The total registered users on Twitter are estimated to be 1.3 billion.

“Twitter is not the bird. The bird is Twitter”, the company’s Creative Director Doug Bowman stated in 2012.

In 2010, after four years of growth the company aimed to design something that reflected the identity of Twitter. Twitter paid $15 for the bird concept on iStock. They crafted the bird to reflect how a tweet feels: the tweets are swift and simple, and it all sounds like something a bird would do.

Simon Oxley created the concept. In 2012, the management agreed to make some new improvements. They enlarged it and changed the hue to a deeper blue to make it more appealing to a broader audience.

Did you know that Twitter logo is named after a basketball legend, Larry Bird?

Apple is the world's most influential consumer electronics business, with a cult-like following of devoted customers. The Apple logo was created in 1976 by the late, great Steve Jobs and has since become a corporate brand.

The first Apple logo was nothing like the one we know today. The picture of Isaac Newton sitting under an apple tree, portraying the discovery of gravitational force, lasted just one year. It was soon replaced by a more eye-catching, flat yet vivid graphic of an apple with a bite taken out of it.

When asked why he chose the name Apple at a press conference in 1981, Steve Jobs responded, “the fruit of creation, Apple. It was simple but strong.”

Apple aims to create elegant products that are as user-friendly as possible, so that even the most technologically impaired people can use them. The chrome and then flat-color logos are elegant and sophisticated, while the curved apple is stylish. All three characteristics are associated with the Apple brand.

The Apple logo is instantly recognisable and easily remembered due to it's bold and eye-catching design.

Starbucks is a coffee icon that people either love or dislike. When people see the Starbucks logo, they always think of a nice cup of coffee, a dessert, or a flavorful iced tea.

Starbucks' logo has always featured a siren, a two-tailed mermaid. This siren may seem to be an awkward fit for a coffee company's logo. However, there is an interesting tale about how and why the siren originated to be.

The artist that are responsible for the logo's creation is Terry Heckler. He came across Norse while looking through marine books. He designed the logo after the two-tailed mermaid after careful study and a few minor adjustments to the details.

There are some design changes over the years, such as color shifted from brown to green, modest "human" look of the siren, the font style and the borders.

According to Brandirectory, Coca-Cola is strongest brand in US with Brand Strength Index (BSI) score 91.7 out of 100 and AAA+ with a worth of over $31 billion.

In 1886, Coca-Cola introduced their first black-and-white logo. The designer, Frank Mason Robinson realised that the two curly ‘C’s would look great in advertising, so he came up with the name previously and later invented variations of Coca-Cola logo design in Spencerian scripts. Fast forward to 1950s, the brand's iconic logo painted in red and white color combinations.

Now, they are so recognisable that even when translated into different languages, customers worldwide will still notice it. While it has been somewhat revised since then, the changes have been minor. When we think of classic America, we immediately think of the Coca-Cola logo, giving the brand both nostalgic and cross-generational appeal.

The McDonald's logo is well-known around the world and has come to represent fast food eating. The golden arches that make up the McDonald's "M" have become synonymous with convenient, fast food over the years. This sign can be seen from a mile away on a major freeway or in every hectic business district.

What began as a small burger joint in San Bernardino, California, has become one of the most notable achievements in logo design and branding. McDonald's icon is the golden arches of the letter M on a red backdrop. According to design consultant and psychologist Louis Cheskin, the M stands for McDonald's, but the rounded m indicates mummy's bosoms.

The McDonald's logo has changed many times since its start. Today's logo is plain, yellow (with the combination of bright red), and often accompanied by the slogan "I'm lovin' it."

The fast food restaurant chain KFC specializing in fried chicken has over 20,000 restaurants all around the world. In terms of sales it is beaten only by McDonald’s.

Colonel Sanders, who appears on the KFC logo, is not a fictional character, but rather the company's creator, Colonel Harland Sanders. He was born in 1890 and opened his restaurant in 1930, selling fried chicken.

Lippincott & Margulies designed the first KFC logo in 1952. Colonel Sanders' face has been an important part of the company's identity ever since that time. The restaurant's name, "Kentucky Fried Chicken," is used in the logo as is.

Kentucky Fried Chicken's name is shortened to KFC in 1991, and the logo is significantly changed. According to some sources, the company decided to get rid of the word "fried" because it perceived as an unhealthy food option. The Colonel's portrait has been refined to appear more alive and welcoming. A new vibrant colour scheme (red, black, and white) has been introduced to represent a strong and confident brand with big plans and ambitions.

The company takes its name from the Greek goddess of victory, Nike. The Nike swoosh is probably the most well-known logo emblem in sports. Today, it is one of the most recognised brand logos in the world, as well as the most valuable, with a worth of $26 billion itself.

Upon its creation, brand owner Phil Knight had one goal in mind: a simple logo design that conveys motion and speed. Originally known as 'the srtip,' the logo was later renamed to 'Swoosh.' When something zips by quickly by our side, we hear a 'swoosh.' The Swoosh also referred to the fibres used in Nike shoes at the time.

The Nike Swoosh corporate trademark was created in 1971 by Carolyn Davidson while she was a graphic design student at Portland State University. She sold it to Nike co-founder, Phil Knight for just $35 and he said, “I don’t love it, but it’ll grow on me.”

The Nike swoosh logo has been appearing in different colors from black to a dull orange shade and red white palette. The Nike sign is a symbol. But the slogan ‘Just Do It’ was sometime added to the top side of the logo. The slogan “Just Do It” was inspired by the last words of a serial killer, Gary Gilmore.

These well-known logos are from businesses that people all over the world admire for their success, vision, identity, or customer satisfaction. Each logo perfectly illustrates the brand to create a brand image that everyone can connect to.

Unlike large corporations, most small business do not have years of brand awareness and large marketing budget to help customers understand what the company does. As a result, the logo must convey your brand identity in an instant.

Your company's logo is essential because it represents identity, reliability, and qualities. It's imprinted on your goods, business cards, website, social media, and, most importantly, in your customers' minds.

Want to redesign your business logo?
Contact us now. 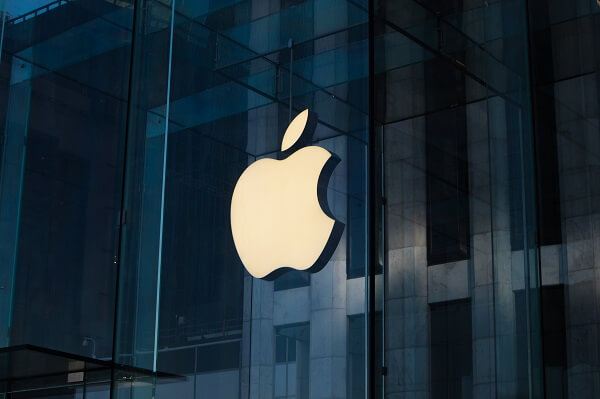 Top 10 World Popular Brand Logos and Their Meaning
Marketing
How much do website design cost in Malaysia 2022? 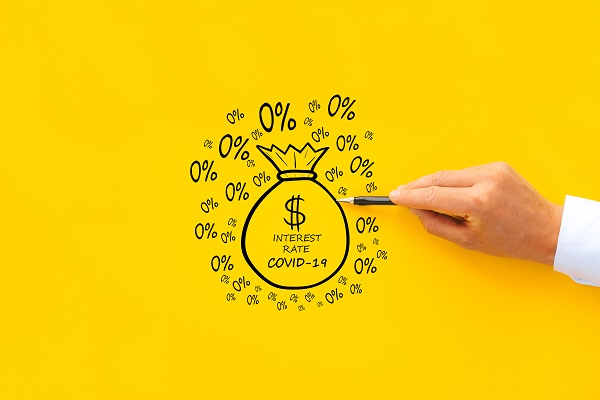 How much do website design cost in Malaysia 2022?
Business

Now, let's talk about your next project

We'd love to
hear from you.